Numbers matter. In this case, the number of people who were willing to show up in force to advocate for bike safety mattered.

Two days after the Palos Verdes Estates city council voted to plant signs that say “3 Feet–It’s the Law,” we were blown away to see six of these beauties in place along Palos Verdes Drive South, including a giant yellow sign as you enter the feared chute that brings you into the city.

The signs that read “All Cyclists Will Be Killed On Sight” (except for one that they apparently missed) were taken down and donated to the Lunada Bay Boys on Mom’s Couch, where they will be laid cross-hatch to build a fort in mom’s backyard as the “boys” fire pea-shooters at passing cyclists and wave their angry “No Gurls Loud” sign from their treehouse. 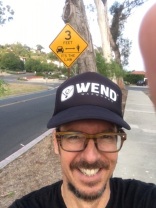 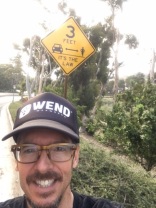 Of course the cost of these signs has been horrific. Jonathan Tansavadti, John Bacon, as well as a third cyclist killed on the Hill this year were the human sacrifices that it took to finally get some very cheap, basic signage installed that educates cagers about their legal obligation to vulnerable road users. For the families of the three victims, no signage and no progress will diminish their loss. “Sorry your husband/father/son was killed. Here’s a sign” probably doesn’t make it all better now.

And unsurprisingly, there are residents in PVE who have taken to social media to register their outrage that the city has actually put up signs that state the law. Where is the cheering for these steps that educate, that state the law, and that improve the safe use of public roads for everyone, not just the NIMBYs who live there? Hint: Not here. 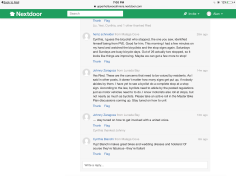 This small victory does, however, raise the next key points, which are:

The PV Peninsula is a cycling destination and has been for decades. The municipalities within its borders have a duty to begin putting together and then implementing a bike safety plan, and they are doing so. But the details of those plans will be fiercely disputed and fought hammer and tong by people like the PVE realtor who said for cyclists who break traffic laws, death is an appropriate “Darwinian” consequence. In order for the small step that PVE has taken to result in BMUFL signage and sharrows, every person who has been involved has to recommit.

That’s a huge ask because the meetings can be long and contentious. Not everyone can devote 10 hours a month to participatory democracy. But the benefit to belonging to a cycling community that is thousands strong is that we don’t need every advocate present every time. We just need to make use of the powerful and dedicated pool that already exists, and make sure that when BMUFL signage, sharrows, and the bike safety plans are being discussed by traffic safety committees and the city council, we are there in force.

None of this would have happened without the leadership of Michael Barraclough, Big Orange, and the people–too numerous to name–who have refused to sit idly by while good people are killed by the laziness and stupidity of a fringe minority of NIMBY residents who want to defy the law. None of it would have happened without responsive and responsible volunteer city politicians and their paid staff who believe that lives really do matter and that public roads really are public.

Time to take a breath, appreciate the progress, and settle in for the long haul. See you soon.

Subscribe to this blog now! Special offer ends never! For $2.99 per month you will help us be the change in the world that the cagers won’t let happen without a fight! Click here and select the “subscribe” link in the upper right-hand corner. Thank you!

You are currently reading Numbers game at Cycling in the South Bay.