Have you ever wanted to do a gravel grinder? Have you ever wanted to know what one is? I did my first one on Saturday and it was different from what I expected. This ride was called the Chatsworth Chain Crusher and it was sponsored by Velofix, the mobile bicycle fixer-uppers. I should have known that anything with the word “crusher” in the title was going to be difficult, but it wasn’t difficult, it was brutal.

“How much dirt is there on this thing?” I asked before we started, sipping on a exceptional cup of covfefe brewed up by Matt Michaels of Gear Grinderz.

“About thirty percent,” said a fellow, thus teaching me a very important lesson about gravel grinders, which is that if you haven’t read, memorized, and Strava-checked the route you are going to be fucked, because when he said “thirty percent” he meant “eighty percent.”

“Everyone here looks pretty hard core for a fun ride,” I commented to another gentleman.

“Who is that fellow in the Giant kit riding the Giant bike who appears to be sponsored by Giant?”

The “just a fun ride” split up immediately as the just fun riders pedaled at a very just fun pace that smashed everyone into just fun pulverized bits. After some endless fun climbing we hit some nasty just fun dirt and then I was by myself because even though I am terrible in dirt I can go uphill pretty good and since it was just a fun ride why not murder myself?

On the descent all of the just fun riders I’d dropped came whipping by and I learned something else about off-road riding: Climbing has two parts, an uphill and a downhill, and unlike road riding, they are equally hard. It doesn’t matter how fast you go up if you are a granny with a hip replacement going down.

I rode along on some just fun single track for a long time, hoping that one day I would find the gravel grinder on wide fire roads that was just a fun ride, but instead all I found were technical, twisty, nasty roads whose every inch spelled potential calamity. After a while I encountered my friends Bjorn, Lauren, and Mathieu, who were walking. Bjorn’s right arm was hanging lifelessly at his side while Lauren and Mathieu pushed his bike. We were a thousand miles from anywhere.

“I took a header and did something to my shoulder,” said Bjorn.

Another cyclist rode up. “Hey Seth, can you help me pop his arm back into the joint? I’ve seen people do it on TV.”

“Sure,” I said. “What could possibly go wrong? A couple of men pulling hard on a dislocated arm out in a dirt field. You know how to do this? You’ve seen it on TV, right?”

Bjorn shook his head. “I’ll wait for a doctor.”

Since he was in good hands I continued on. My rear disc brake was rubbing, which was annoying until I popped out of the endlessly fun dirt section to find a Velofix van waiting with food and a mechanic.

Jim popped my bike on the stand and fixed the brake while his wife Hilda proffered the world’s finest p.b. and banana sammich quarters, which I scarfed. I got back on my bike and got lost, returned to the van, but everyone had taken off. Jim pointed me onto the trail, which went up a midget Mt. Everest. I could see the riders far away clinging to its side in a cloud of dust like fleas on a white dog’s belly.

I rode just for fun until my guts spilled out my mouth, caught the other fun riders who were having so much fun they were pinned and gasping, passed them, got passed on the short downhill, then passed them all again, just for fun of course. After a long time I was having so much fun that there were only two riders still with me. They dropped me before the next-to-last sag stop. Then I had some more p.b. and rode on by myself, luckily missing the turn to the Millenium trail, which everyone said was the worst and hardest trail of the day.

I got lost some more and ended up doing an entire just fun section of dirt again before finally reaching the finish. I drank a lot of water and ate some delicious, fiery hot tacos that got my bowels quaking in a flash. As people arrived in bits and dribs and tatters and drabs, they all looked as horrible as I felt, but after a few minutes sipping fresh beer from the tap of Hand Brewed Beer, they started to come around.

Now that I’ve done a gravel grinder just for fun, below is a handy guide to this new and exciting type of fun bike ride.

Q: What is a gravel grinder?
A: It is endless pain smothered in dirt and perhaps blood.

Q: Do you need a special bike for a gravel grinder?
A: Yes. And a special brain (to disregard terror such as falling off cliff sides).

Q: When they say it is “just a fun ride” what does that mean?
A: It will be a just fun before the start and after the finish, but in between it will be a full-on race.

Q: I heard that gravel grinders are done on fire roads, which are unpaved, wide, not technical, and fun.
A: Yes, except the fire roads are disguised as single track that plunges down impossible lines with infinite chances to have a bicycle falling off incident.

Q: I heard that you don’t need a mountain bike or MTB skills to do a gravel grinder. Is this true?
A: No.

Q: The idea of a chill bike ride with coffee, sag, tacos, and beer sounds great. Isn’t that what gravel grinders are all about?
A: Yes. But in between the coffee and the beer is about five hours of hell.

Q: How does a gravel grinder compare to a ‘cross race?
A: Harder. Longer. More technical. Instead of crashing and limping 200 yards to your team tent you will crash and hike five miles cross country with a broken femur.

Q: Will gravel grinding help my bike handling skills?
A: Yes, if you ride in war zones.

Q: Would you ever do another one?
A. Never again until September. 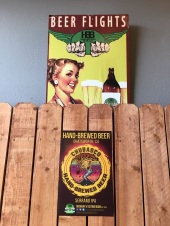 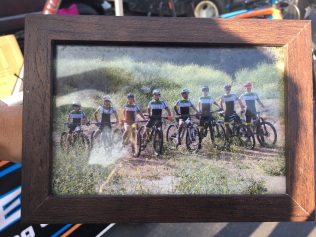 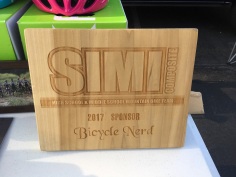 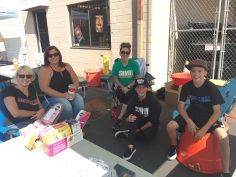 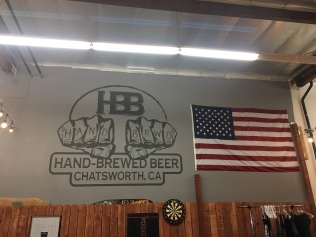 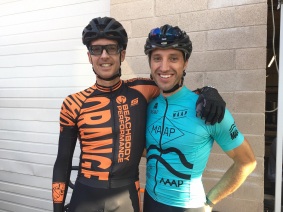 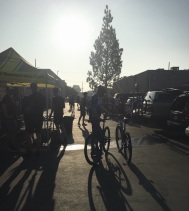 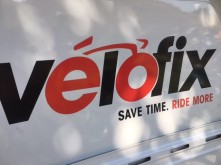 PS: Don’t forget the Wanky’s. As if you could.

You are currently reading Just a fun ride at Cycling in the South Bay.